One of the most popular monsters on the menu, pop culture has been obsessed with vampires long before they hit the silver screen. Once a creature simply read about, vampires were soon committed to film and tv in terrifying visual brilliance.

We decided to celebrate these iconic undead performances in a timeline of the most famous vampires from film and television – from 1922 to the present day.

Portrayed by Max Schrek in Nosferatu: A Symphony of Horror

Portrayed by Bela Lugosi in Dracula

One of the most enduring depictions of the Bram Stoker character Dracula, Bela Lugosi has inspired the way that classic Dracula is portrayed and even inspired gothic rock band Bauhaus to create the song Bela Lugosi’s Dead in his honour many years after his death.

Portrayed by Christopher Lee in Horror of Dracula

Originally titled simply ‘Dracula’, the film was later renamed ‘Horror of Dracula’ to avoid any confusion with Bela Lugosi’s portrayal of the very same vampiric character. Whatever the title, Christopher Lee’s Dracula struck fear into the hearts of many and would stand out as a true horror version of the famous vampire.

Not originally intended to be part of the series, Barnabas Collins was introduced in an attempt to revive the once-popular gothic horror soap opera Dark Shadows. The character was so popular that Barnabas became the star of the show and inspired a 2012 film adaptation in which the character of Barnabas was played by Johnny Depp.

A Jim Henson parody of Bela Lugosi’s Dracula, Count Von Count is the friendly, number loving vampire on the enduringly popular kid’s TV show Sesame Street – tasked with teaching children to count, The Count does just that in his segments! Performed by puppeteer Jerry Nelson until his death in 2012, Count Von Count lives on through puppeteer Matt Vogel.

Your not-so-friendly vampire next door, Jerry Dandrige torments his next-door neighbour Charley Brewster in pursuit of his girlfriend Amy in two iconic performances from both Chris Sarandon in 1985 and Colin Farrell in 2011.

Portrayed by Kiefer Sutherland in The Lost Boys

Mistaken as the head vampire in The Lost Boys, David is certainly the most enigmatic and memorable antagonist in the film. The bad boy punk style and bleach blonde hair would go on to inspire future portrayals of vampires, but David is often credited with being the first bad boy vampire villain audiences loved to hate.

From the ridiculous back to thrilling performances, the film Bram Stoker’s Dracula sees Gary Oldman take on Dracula himself in another completely different way to Bela Lugosi and Christopher Lee. Beloved for the unique charm that Gary Oldman brings to the character, Gary Oldman’s Dracula brought chaos and evil and looked good doing it.

Portrayed by Tom Cruise in Interview With The Vampire

Portrayed by Brad Pitt in Interview With The Vampire

The protagonist of Interview With The Vampire, Louis is turned into a vampire by Lestat who becomes his immortal companion. Louis is conflicted about his vampiric condition and feeds from animals rather than humans – something that would inspire softer and more human-considerate versions of vampires in later pop culture.

Portrayed by Kirsten Dunst in Interview With The Vampire

Victim to a starving Louis, Claudia is a five-year-old girl when he feeds from her. Lestat decides to turn Claudia into a vampire in an attempt to raise her as their daughter and keep Louis by his side, but Claudia finds it unbearable that while her mind matures her body never will, eventually turning on Lestat.

Portrayed by Salma Hayek in From Dusk Till Dawn

The Queen Vampire that played a huge part in making From Dusk Till Dawn the cult success it is today, Santanico Pandemonium is one of the first truly empowered portrayals of a female vampire on screen. Seducing her victims with her human form before transforming into a reptilian looking vampire, Santanico is technically a Dhampir (born of a human and vampire union) but more than earns her spot in any list of famous vampires.

Portrayed by David Boreanaz in Buffy the Vampire Slayer

One of the first modern vampire heartthrobs, Buffy’s doomed relationship with Angel was a key theme throughout Joss Whedon’s enormously successful TV series. Teenagers all over fell in love with this romantic vampire and were horrified by his dark side, Angelus.

Portrayed by James Marsters in Buffy the Vampire Slayer

Playing Angel’s complete opposite, Spike was surely inspired by David in The Lost Boys. Evil, punk rock and bleach blonde, Spike was the straight-talking anti-hero and rival for Buffy’s heart that would provide peril and comic relief in equal measure. The dynamic between Angel and Spike would inspire many vampire love-rivals to come in later years…

Portrayed by Wesley Snipes in Blade

Another Dhampir that’s earned a spot on our famous vampires timeline, Blade first made his appearance in comic books before the 1998 Marvel Studios film. Blade turns the vampire trope on its head by making him a protector of humans from vampires rather than conspiring to live amongst and feed off humans.

Portrayed by Kate Beckinsdale in Underworld

Another Marvel comics-inspired character, Selene is the central character of the Underworld franchise. Selene dedicated her life to avenging the death of her family at the hands of the Lycans but finds herself conflicted when human Michael is bitten by the Lycan leader, Lucian. Selene is one of the first vampires to create a vampire versus werewolves dynamic on screen.

Portrayed by Danny Huston in 30 Days Of Night

Power-hungry Marlow sought to turn the whole town of Barrow, Alaska into vampires and was very nearly successful. Whereas previously vampires had simply sought to feed off humans, Marlow took on an almost political standpoint which would later influence vampire supremacy tropes in the portrayal of vampires.

Playing an Angel archetype, Bill Compton is the main love interest of Sookie Stackhouse in True Blood. Portrayed as a romantic vampire character, Bill Compton also takes on elements of Interview WIth A Vampire’s Louis as he will only feed off synthetic blood rather than humans. However, in the later seasons, Bill Compton becomes just as power-hungry and bloodthirsty as his vampiric predecessors.

If Bill Compton is an Angel or Louis archetype, then Eric Northman is his Spike or Lestat. Vying for Sookie’s affections throughout the series, Eric plays the bleach blonde bad boy that you can’t help but love despite his truly evil agenda and questionable moral compass. The pair both compete with werewolf Alcide Herveaux for Sookie’s affection, raising the vampire versus werewolf stakes to the romantic arena.

Portrayed by Robert Pattinson in Twilight

The highly controversial Edward Cullen was a complete departure from the classic vampire in more ways than one. Ridiculed for his sparkly skin and moody attitude, Edward Cullen is by no means anyone’s favourite vampire, but the storm of hatred that his image whipped up is more than enough to make him one of the more famous vampires on this list! It’s worth mentioning that apart from sparkling around the place, Edward Cullen keeps the vampire versus werewolf flame burning throughout the series.

Portrayed by Lina Leandersson in Let The Right One In

Adapted from the Swedish vampire fiction novel Let The Right One In, the character of Eli appears in the 2008 film of the same name. An uncomfortable portrayal of the child vampire concept, Eli is able to show both the human side of vampires through her friendship with Oskar alongside her savage nature.

Portrayed by Paul Wesley in The Vampire Diaries

Angel and Spike, Bill and Eric, and now Stefan and Damon. Stefan Salvatore plays the romantic vampire trope as he tries his very hardest to stave off his addiction to human blood and live a normal, human life.

Portrayed by Ian Somerhalder in The Vampire Diaries

Stefan’s darker-sided brother that competes with him for the love of Elena, Damon Salvatore plays the bad boy main antagonist in the first series of The Vampire Diaries before softening as a character much in the same way that Spike and Eric Northman do throughout their respective series’.

Portrayed by Aidan Turner in Being Human

As with many modern vampires, Mitchell has a backstory as a war hero wanting to assimilate with human society yet struggling to control his bloodlust. He soon becomes a vampire king hoping to lead the way forward for vampires abstaining from drinking blood but soon runs foul of werewolf vampire hunters (there’s those vampire versus werewolf tensions again!)

Portrayed by Taika Waititi in What We Do In The Shadows

Heavily parodying the most famous tropes of vampires past, What We Do In The Shadows is a mockumentary horror that follows the lives (or deaths) of Viago and his friends as they go about their vampire business. Rather than trying to fit in with human society, Viago, Vladislav and Deacon happily feed on humans, socialise with other vampires, and fight with werewolves in this killer black comedy.

Suffering from a mysterious blood virus passed to her by former lover Rudolph Valentino, The Countess is a vampiric creature that owns and lives in the Hotel Cortez. Occasionally turning her lovers into vampires and feeding off kidnapped children who she captures and hypnotizes. The Countess is a move back towards a disturbed and depraved picture of a vampire but still remains a sympathetic character known for her glamour and loving (if twisted) nature.

Portrayed by Joe Gilgun in Preacher

One of our favourites from the punk rock antihero vampire trope, Cassidy is an Irish vampire that befriends preacher Jesse Custer and his girlfriend Tulip and joins them in their quest to find God. Cassidy walks the line between humanity, keeping his thirst under control and showing real compassion for his friends, and a reckless nature that shows he has little regard for human life – providing that the human in question is evil.

We’re finishing our list with not one but TWO vampires! Nadja and Laszlo are a vampiric couple from the TV adaptation of What We Do In The Shadows. Separately, the characters take on some of the best vampiric tropes out there but together they’re a comedic force to be reckoned with and certainly two of the most memorable famous vampires to hit our screens this year!

So, from famous vampires with a history in classic horror to romantic vampires fighting over their one true love to vampires designed to turn vampiric lore on its heads and give us a good laugh while doing so, we can see how famous vampires have changed over the years!

The good news is that whether they’re seriously scary or seriously funny, vampires in film and tv endure. While their popularity may come in waves, vampires are sure to come back and back again onto our screens – we can’t wait to see what kind of vampires are headed our way next!

If you want to get the vampire look – whether that’s the gothic lace and frills of Lestat and Louis or the punk rock vibes of David and Spike, you’re sure to be able to find your unique vampiric style inspired by famous vampires here at Attitude Clothing. 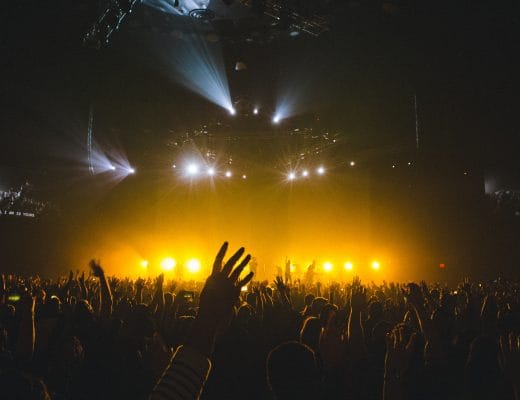 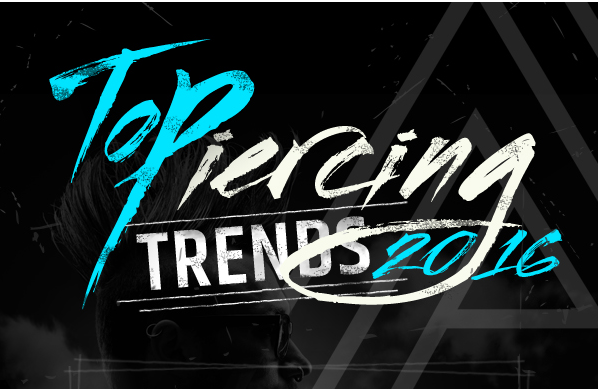 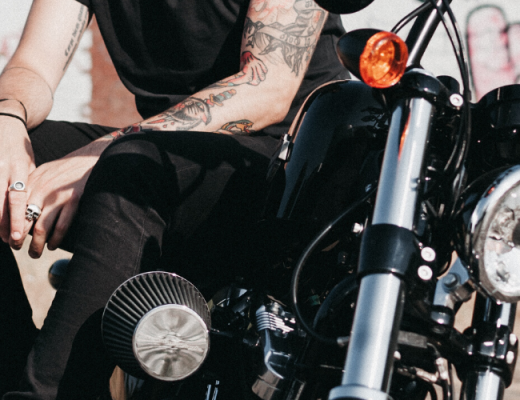