For many years, the general public was pretty prejudiced against tattoos – they had to be covered up to work and for the most part, people thought that having a tattoo meant that you were a real shady character. As with most alternative styles and trends, once they became popular with the alt scene, the mainstream soon caught up and now tattoos are seen as a symbol of expression and artistry.

The alternative and gothic scene were some of the earliest adopters of tattoo culture (after sailors and bikers!), so it stands to reason that some of the most popular tattoo styles are, in fact, gothic tattoos. You can probably think of a few gothic tattoos off the top of your head, but what are the meanings behind some of these iconic gothic tattoo designs?

Whether you’re thinking about getting your first gothic tattoo or just have a thirst for all things tattoo knowledge, read on to discover the meaning behind the 19 most popular gothic tattoos!

1. Day of the Dead Tattoo

In South America, the Dia de Los Muertos celebration is a huge annual tradition during which they celebrate the lives of relatives who have passed away. They often keep the skulls of the dead in their homes as a reminder that death is inevitable, but in countries such as Mexico, day of the dead tattoos serve as a more permanent reminder.

Large, colourful and intricately detailed, day of the dead tattoos are designed to capture the spirit of Dia de Los Muertos and are often coloured in the following shades that have a personal meaning to the individual:

Similar to the day of the dead tattoo, a sugar skull tattoo has deep roots in Mexican culture; the key difference is that instead of depicting the head and shoulders of a person painted to simply look like skeletal versions of themselves, sugar skulls are simply the skull that’s then embellished with the same decorations.

The stripped-down version of the skull symbolises acceptance of death and its finality, but this doesn’t mean that they have to be as plain or grey as standard skull tattoos! One of the key symbols for the Dia de Los Muertos celebrations, the sugar skull tattoo comes from the tradition of making candy skulls and decorating them with flowers and bright colours. Candy skull tattoos show not only an acceptance of death but that the dead are happy in the afterlife.

A post shared by Robert Hendrickson (@roberthendricksontattoo) on Feb 22, 2019 at 6:54pm PST

Crows strike an intimidating figure – considered a bad omen in many countries, crows are pretty symbolic of the dark side making them a popular choice of gothic tattoo. From portending death to warning of ill-fortune and delivering all-round bad news, crows have a bad reputation in most cultures which wouldn’t make them the first choice of tattoo for many.

However, crows can also symbolise wisdom and knowledge and can be viewed as spirit guides that can help you through periods of change. Whether you’re interested in a crow tattoo for the dark connotations or the positive symbolism, you’ll also need to consider how many crows you choose as the number can have a huge impact on the meaning:

The mighty Kraken is a mythical sea creature with a notorious reputation for sinking the most enormous ships on the high seas. While it has origins in Norse mythology, the Kraken has appeared in hundreds of stories throughout the years among sailors, pirates and fishermen alike. An octopus of unimaginable size, those with a love of mythology have long had a fascination with the Kraken. Representing the power of the creature and its regenerative traits, Kraken tattoos are most popular with those who have shown inner strength and overcome personal traumas in order to grow back stronger.

One of the most gothic tattoos that’s made it into the mainstream, black rose tattoos can look pretty, sure, but did you know that a black rose tattoo symbolises super goth stuff like death, grief and sorrow? If those gothic connotations don’t do it for you, maybe the history of the black rose symbolising rebellion will ignite a spark in those with a punk spirit instead!

In Norse mythology, the Yggdrasil was known as the Great Tree. Holding nine worlds and connecting everything in the universe, the Yggdrasil was an ash tree that held great meaning for Vikings. Not to be taken lightly – an Yggdrasil tattoo isn’t just a neat Norse symbol, it represents incredible power, wisdom and mysticism.

Rather than having any particular meaning, getting a Steampunk tattoo shows your dedication to the sci-fi subculture that’s won the hearts of many on the alternative scene. Inspired by the industrial aesthetic of the Victorian era, Steampunk combines futuristic industrial machinery with macabre Victorian style for a completely unique look. Fans of Steampunk culture are most likely to invest in a Steampunk tattoo, but we’ve seen them on sci-fi fans and engineers alike!

The ancient symbol of the ouroboros depicts either a snake or a dragon eating its own tail. The idea behind it is that it represents infinity – a constant ability to recreate oneself and the cycle of life. A symbol that dates back thousands of years, the ouroboros has been adopted by all kinds of groups from alchemists to philosophers, and appears in mythologies around the world from ancient Greek magical tradition to ancient Egyptian iconography. Wherever it appears, the meaning is the same; infinity and wholeness.

Depending on where you are in the world, a bat tattoo can take on a different meaning. In the Western world, bat tattoos represent mystery and the occult and have an overall negative connotation, whereas in the Eastern world the symbol of the bat can mean good fortune and longevity. The bat is almost always associated with vampires or Dracula in pop culture, making bat tattoos a popular choice with fans of alternative and gothic culture as well as those looking for a meaningful tattoo!

They say opposites attract, and nothing symbolises that sentiment quite like a sun and moon tattoo. Holding a multitude of meanings, the union of two conflicting personalities is the key meaning behind a sun and moon tattoo and is often thought of as a development of the classic yin and yang symbolism. Framed by a circle that represents the circle of life, the sun symbolises strength and power while the moon symbolises feminine power.

If crows are a little too dark for you, the magpie might be a lighthearted alternative. In the Eastern tradition, magpies represent good luck and good fortune – magpies are known for collecting shiny objects so it’s thought that they may influence wealth! Native Americans believed that the magpie was one of the most cunning of the birds, representing a cleverness and quick wit. Like crows, the number of magpies can influence the meaning of your magpie tattoo – the nursery rhyme One for Sorrow can help you decide how many magpies is the right amount for the meaning you want to convey!

One for sorrow,
Two for joy,
Three for a girl,
Four for a boy,
Five for silver,
Six for gold,
Seven for a secret,
Never to be told.
Eight for a wish,
Nine for a kiss,
Ten for a bird,
You must not miss.

Search for supernatural tattoos and you’ll probably be met with a bunch of results about symbols from the popular TV series Supernatural. Unfortunately, that’s not what we’re looking into here. By a supernatural tattoo, we mean anything that evokes the spooky, not so natural side of life by depicting supernatural creatures and symbolism. While we talk about a lot of specific supernatural tattoo ideas in this post, it’s also worth noting that there are broader supernatural tattoos featuring all kinds of these symbols in a combination that can create a completely unique meaning.

Whether you’re depicting satan himself or a more generic fallen angel, the image of the fallen angel represents a disconnect with a higher power. As legend has it, fallen angels are those who have been thrown out of heaven for their evil deeds. The ultimate symbol of suffering, pain and sadness, those that feel disillusioned with a previously religious lifestyle are most likely to feel an affinity with a fallen angel tattoo.

The Norse god Odin holds a huge amount of meaning for those with Norse ancestry, an interest in Norse mythology and even a love of Viking pop culture. Odin represents everything from a battlefield commander to an honourable leader, but many choose an Odin tattoo for his values of honour, wisdom and strength rather than simply his role in Norse legend.

As the allfather and the most powerful god in Asgard, the image of Odin is associated with prestige, nobility and royalty – this image contrasts with his warrior side which takes on the Viking berserker qualities of being raw, aggressive and frenzied. As the master of beasts, it’s common to find Odin depicted with animals such as wolves or bears which reflect this imposing warrior status.

Guitar tattoos tend to have a pretty straightforward meaning – those who are talented guitarists and musicians are more likely to invest in a guitar tattoo to celebrate their love of music. You’ll get clues as to what kind of music they’re into depending on the type of guitar depicted – acoustic guitar tattoos probably reveal a gentler taste in music than electric guitars! Electric guitar tattoos are closely associated with the rebellious spirit of alternative music which can change the meaning of a guitar tattoo from a simple celebration of music to a rejection of mainstream society.

Used by Wiccan and Celtic religions, the pentagram is a five pointed figure that forms a star, surrounded by a circle. Each point of the star represents one of the five elements; earth, water, spirit, air and fire. Associated with femininity and knowledge, the pentagram is often mistakenly associated with Satanism. Satanists actually use an inverted pentagram as a symbol for their religion, so the placement of your pentagram tattoo has to be carefully considered depending on which meaning you want it to represent!

Skull hand tattoos are a pretty cool party trick and completely instagrammable – they’re also an extension of standard skull tattoos and ultimately they show that you have understood and accepted your mortality. A reminder that everyone must die that doubles up as a neat visual trick, the skull hand tattoo is the perfect balance of morbid and tongue in cheek.

One of H.P.Lovecraft’s finest creations, the Cthulhu is a beloved supernatural creature is the stuff of nightmares. A hybrid of human, octopus and dragon features, getting the Cthulhu tattooed on your body is a reminder of how small and insignificant one human is in the grand scope of the universe, which may contain fearsome creatures such as this. Symbolic of mysticism and wonder, a Cthulhu tattoo can also take on symbols of cults that worship the Cthulhu such as the Black Brotherhood to give it a deeper layer of Lovecraftian meaning. 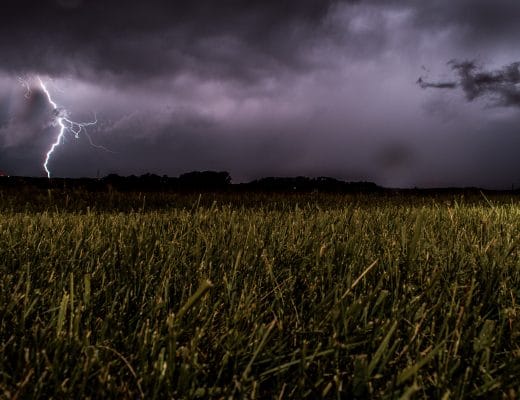 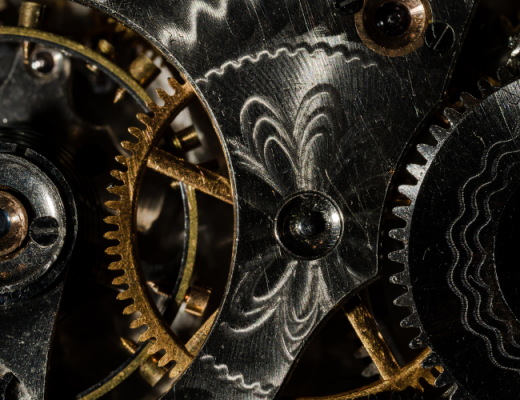